The 2LP, 2CD, 1CD versions of “No Need To Argue (Remastered)” are now available to buy on The Cranberries official online store but not the Transparent Vinyl version (yet?).

Interesting fact, the edition on the store is simply titled “Remastered” and not 25th Anniversary nor Expanded, even if description reads “Remastered and expanded versions of No Need To Argue”. 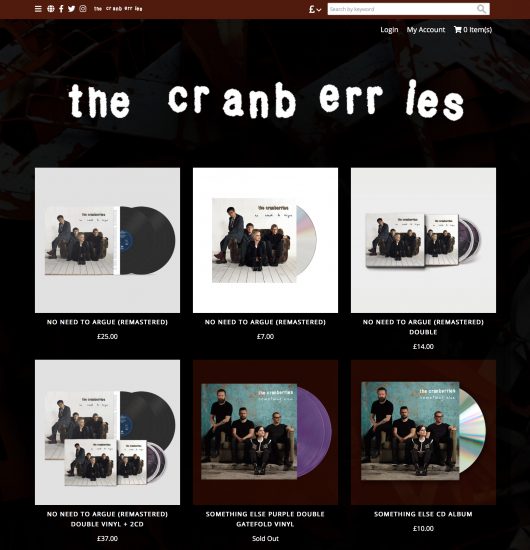