You are here: Cran World » The Cranberries » Never heard before “Dreams” demo has surfaced

A never heard before demo of “Dreams” from 1990 was published 2 days ago on YouTube. According to YouTube user AGMP – a concert promoter in the UK – this one was produced and paid for by EPIC RECORDS who were considering signing the band.

This very rare version has a spoken intro and differs from all the demos we already know of, although it does sound a bit like a less mixed version of the Xeric demo without the intro.

Stuart Clark, from Hot Press, once mentioned that “Dreams” had a spoken word intro for a brief period, so this is likely the version he was talking about! PURE GEM. 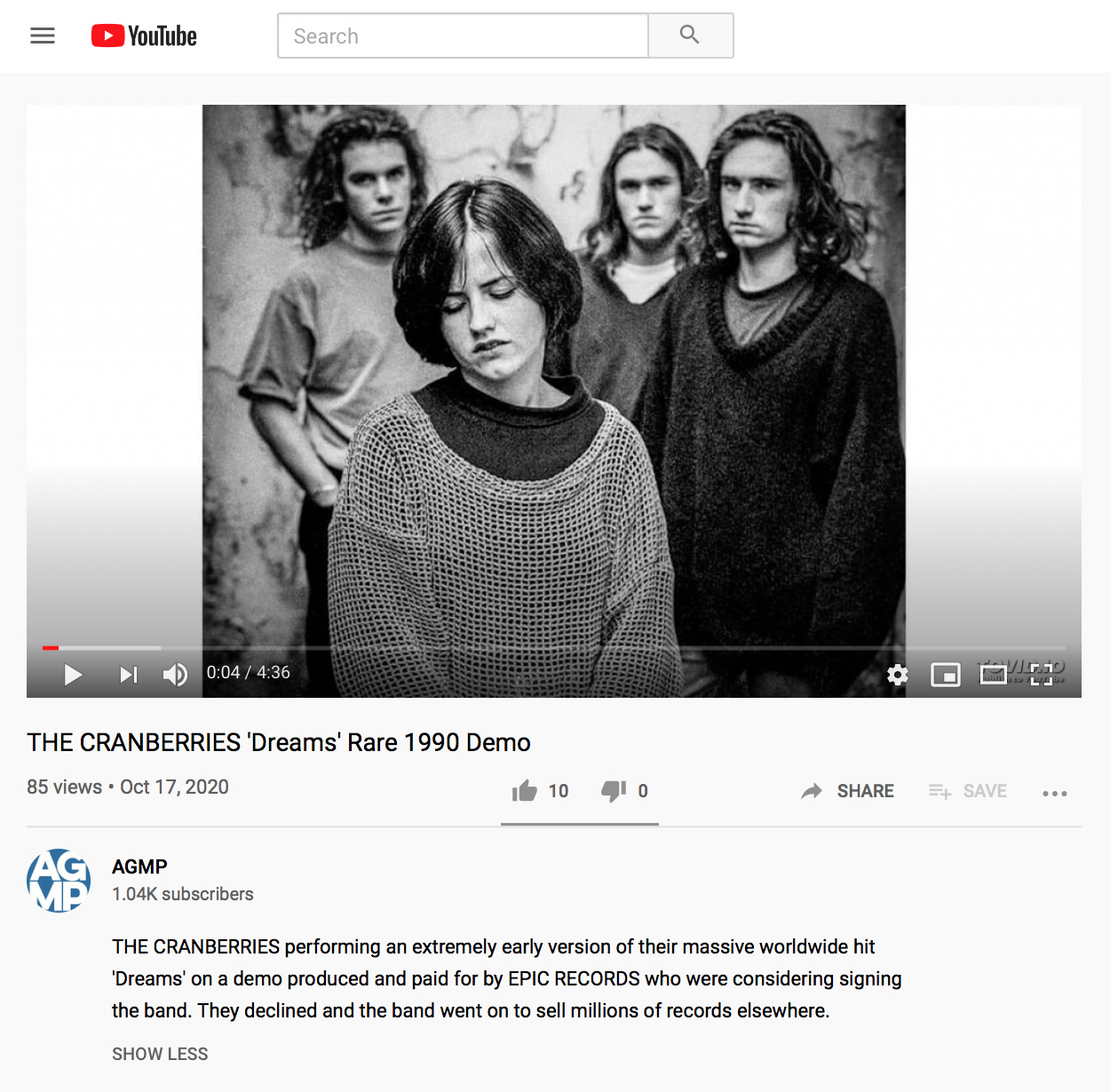 Thanks to Cranberries Library for noticing.

3 Responses to Never heard before “Dreams” demo has surfaced