Noel Hogan special guest on “Fanning At Whelans” this weekend

Noel Hogan to appear as the first special guest on Fanning At Whelan’s, a new music series kicking off on Saturday 4 December at 10pm on Virgin Media Two (Irish TV).

Filmed from the famous live music venue in Dublin and hosted by Dave Fanning, a man who needs no introduction, the series of 8 shows will be showcasing the best of Irish music, including band performances and special guest interviews. 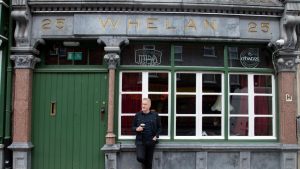