Noel Hogan appeared at the “RTÉ Choice Music Prize” yesterday in Dublin presenting the “Album Of The Year” prize. The event took place live in Vicar St and on RTÉ2FM with exclusive performances from 8 of the nominated artists. 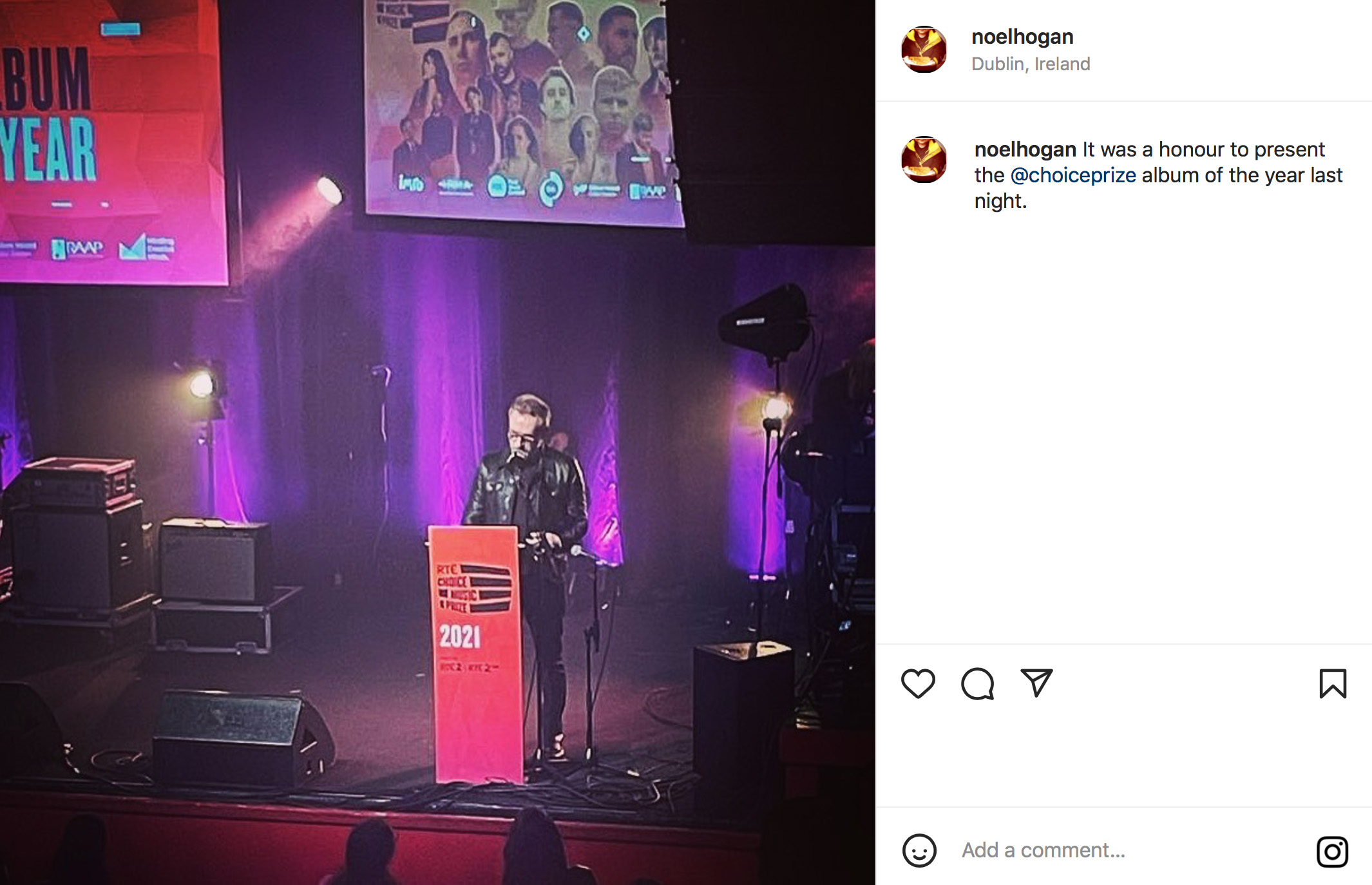 For Those I Love, the musical project of David Balfe, has been announced as the winner of the Irish Album Of The Year 2021 for the eponymous debut album “For Those I Love”. 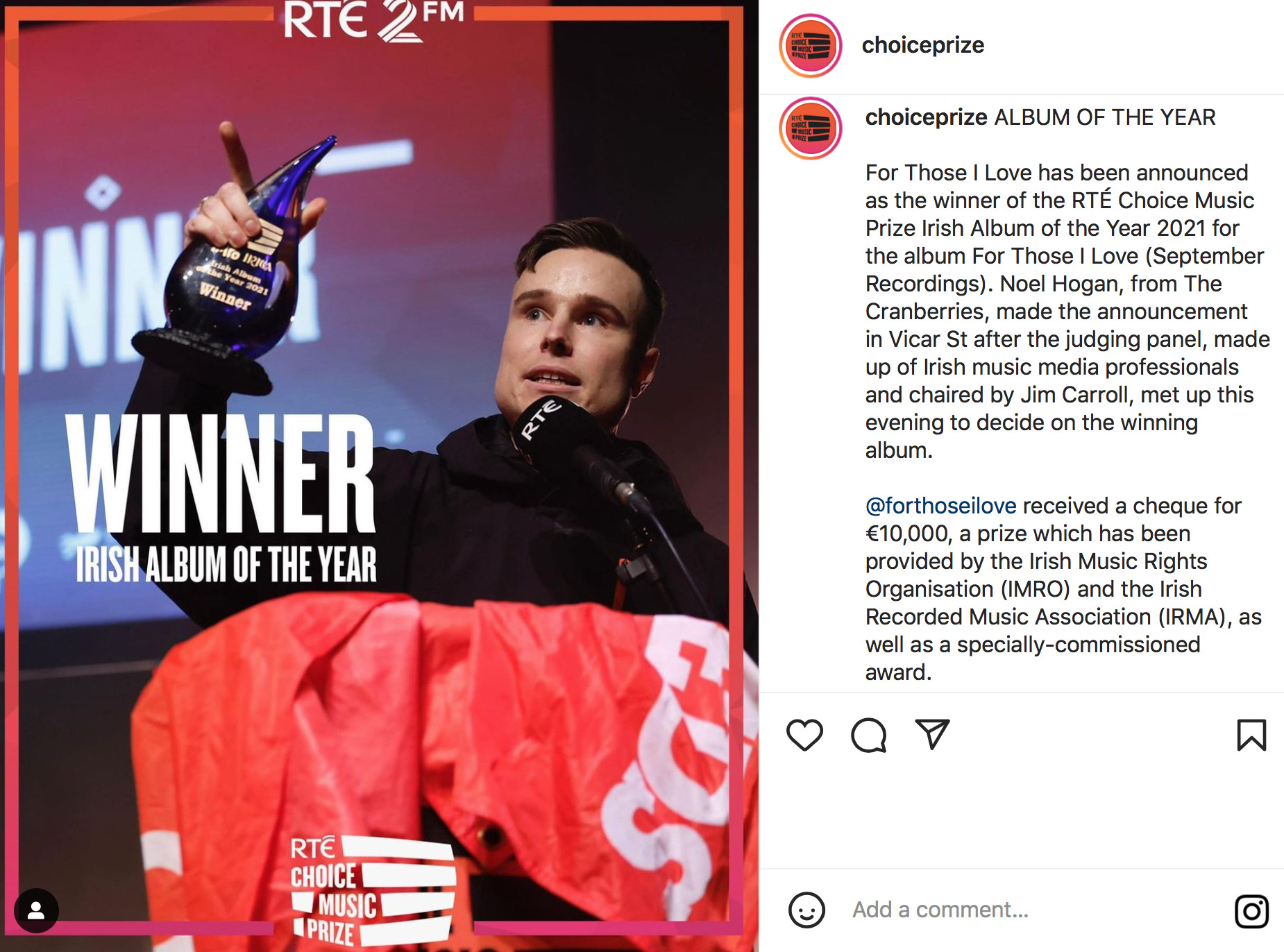