Dolores O’Riordan (Estate) published on their official website doloresoriordan.com (as well as their socials) a message today. 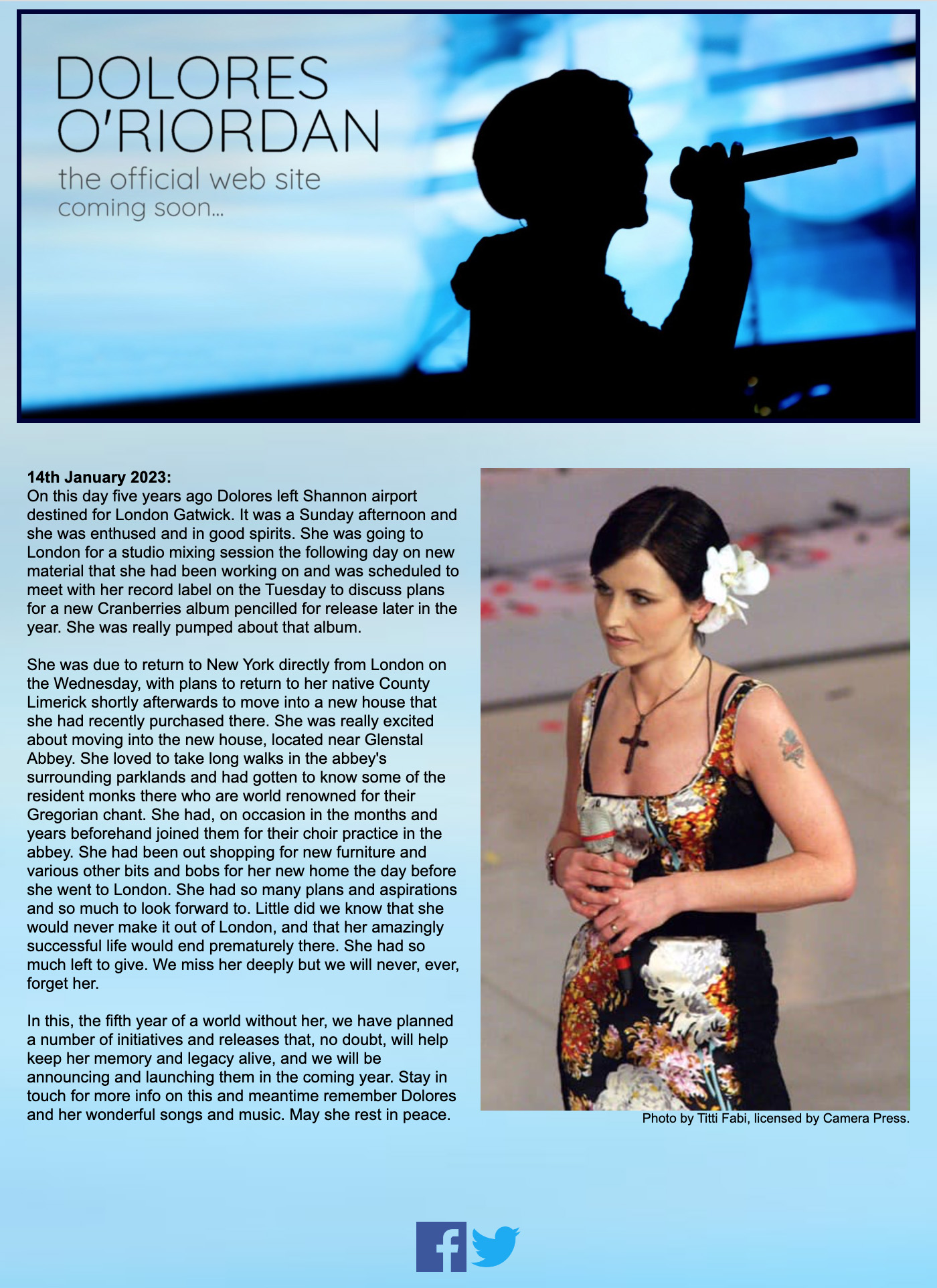 One Response to 14 January 2023: message by Dolores’ Estate