You are here: Cran World » Archives for n

In the Spring of 2014, Dolores told journalist Nicky Byrne from RTÉ 2fm that she had already written some new stuff for her upcoming album and would collaborate with The Smith’s Andy Rourke.

The work is probably in progress as Instagram user itshowtimee posted a few days ago (Oct.10) a photo of the 2 rock stars together at “Cork ‘n Fork”, a tapas & wine bar/restaurant located in New York City. The guy is an employee from the bar and also added in the comments that Dolores and Andy had already visited the place twice last week and had planned to return. 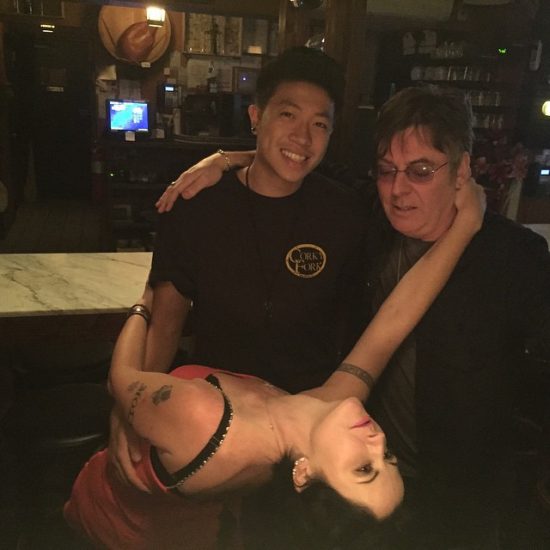 Let’s note that this collaboration with Andy Rourke seems more likely to feature on her third solo album than her project with Eric Alexandrakis which looks more like a “side project collaboration”, but who knows what the future holds?

It seems the duo is having fun in New York City.
First Dolores made a “big entrance” at The Fourth as reported on pagesix.com: 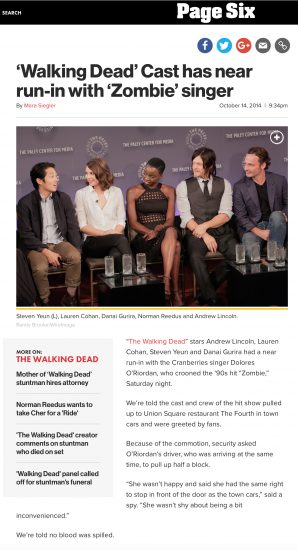 Secondly, a new photo posted a couple of hours ago on Twitter by musician BOSCO is now showing Dolores kissing Mr Rourke after drinking some “vino”. Looks like these two are getting along pretty well! 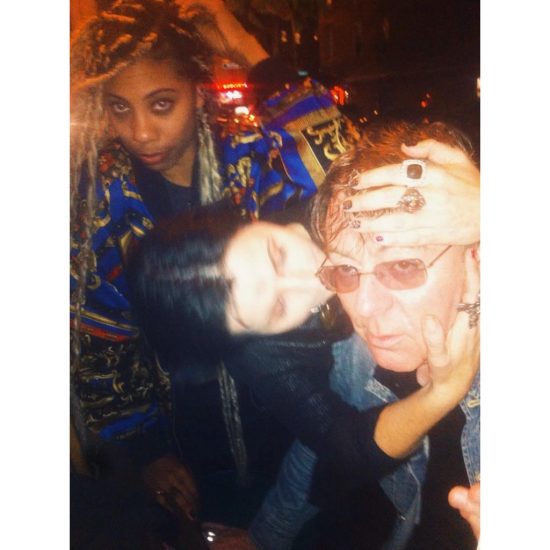 BOSCO:
Vino with my idols.
Great meeting Delores from The Cranberries and Andy from The Smiths tonight