You are here: Cran World » The Cranberries » 20 years ago: Everybody else was doing it… and so did they!

20 years ago: Everybody else was doing it… and so did they!

The Cranberries’ debut album turns 20 this week-end… and sounds as fresh as if it was recorded yesterday! Released on March 1, 1993 in Europe and March 2nd in North America, “Everybody Else Is Doing  It, So Why Can’t We?” was recorded at the mythical Windmill Lane Studios in Dublin, Ireland 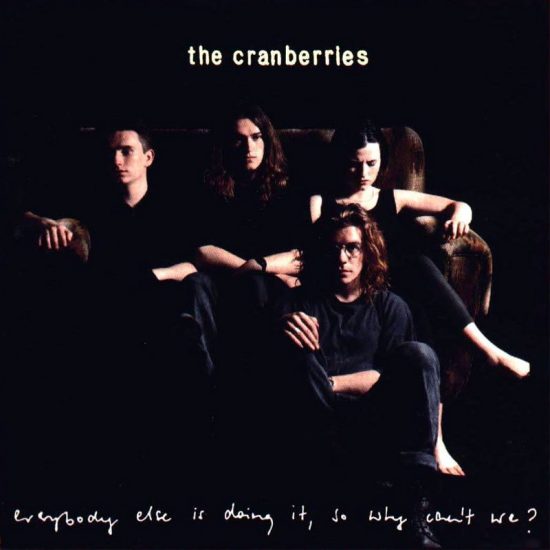 Last Thursday, we learned that the mater tapes of this album, which could include possible outtakes and unreleased tracks, are facing destruction as Windmill Lane Studios appealed to musicians who have worked there to collect them before next May or else they’ll be destroyed.

The Cranberries began the recording of their first album in January 1992 with Pearse Gilmore who previously worked with them on their Xeric label material. However, the band was not happy with the results and the work was scrapped. “Unhappy with the results – Gilmore had cluttered the mixes with dance beats and industrial-style guitar – and barely on speaking term with each other, the band scrapped the tracks and fired Gilmore” (Rolling Stone Magazine, March 23, 1995, page 60). After hiring a new manager, the band started working again on the album, this time with producer Stephen Street.

Everybody Else… peaked at #18 on the Billboard 200 and stayed on this chart for 130 weeks (more than 2 years!). After a rough start in the UK, the album reached #1 of Album Charts and stayed in chart for 86 weeks. The album sold almost 8 millions copies worldwide, making it the second best selling Cranberries album after “No Need To Argue”.

The album was reissued in 2002 with its singles’ b-sides as bonus tracks.
Check out our Everybody Else… album page for more details about this record.

Also, two nice recent reviews of the album, one written last year and the other just a few days ago. They look back at the album which became a 90’s classic: