You are here: Cran World » The Cranberries » RIP Zombieguide

As some of you may have noticed, last week the most important international and unofficial website from the late 90’s and 2000’s about The Cranberries went definitely offline.

As announced in May by its webmaster Alex Kraus, the website was supposed to go offline early june but for some reason had an extended time until mid-July. Even if the site officially closed in the fall of 2007 it stayed online until last week, enabling fans to keep on checking old pages. Let’s thus hope everyone had enough time to save those precious pages for personal archive or later use.

Anyway now it is gone, so… rest in peace ZG and thank you Alex for all those great years.
Now it’s part of History in The Cranberries world. 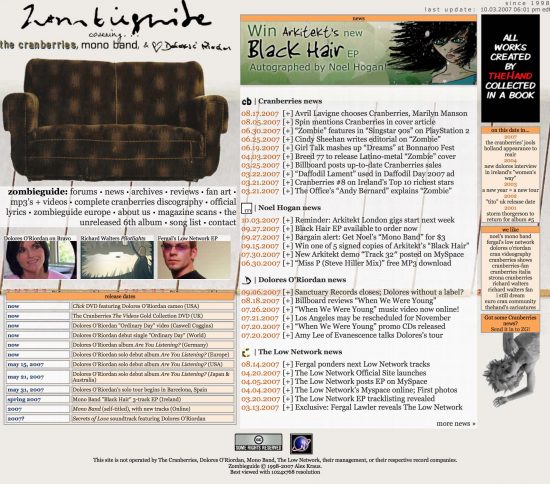