You are here: Cran World » Dolores O'Riordan » Dolores O’Riordan inducted in the Limerick Hall Of Fame

Dolores O’Riordan inducted in the Limerick Hall Of Fame

Dolores O’Riordan was inducted in the Limerick Hall Of Fame during the “Limerick Person of the Year 2018” gala award ceremony that was held at the Clayton Hotel in Limerick this afternoon.

The “Limerick Person of the Year 2018” appears to be a different event from the “Limerick’s All Time Great” competition that Dolores O’Riordan won by a massive margin just a few days ago.
This gala award aims at honoring an individual or group of individuals who best exemplified the spirit of Limerick in 2018, so today, Limerick Hurlers were named “Limerick Persons of the Year 2018” and members of the team received the award.

Members of Dolores’ family also took part in the ceremony as details of a new Limerick Hall of Fame that is being established were also announced during the event, with the late Cranberries lead singer being the first inductee. Dolores’ mother Eileen was also presented with a special framed Limerick Leader newspaper article to mark the announcement according to the article posted after the ceremony.

Limerick Leader’s journalist Áine Fitzgerald posted a few photos of the ceremony on Twitter this afternoon, including a pic of the Hurlers with Dolores’ family, giving the song “Dreams” was the anthem of the team: 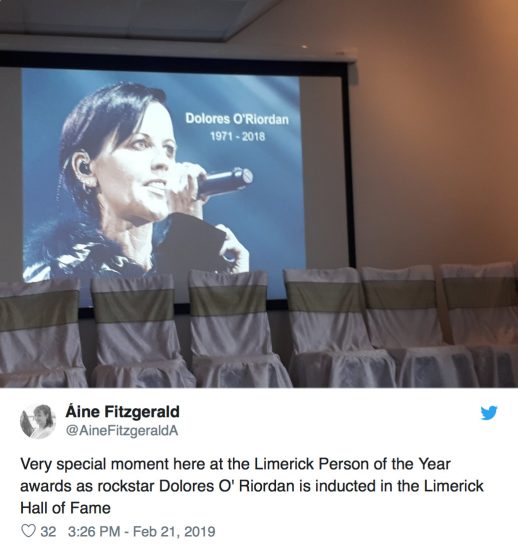 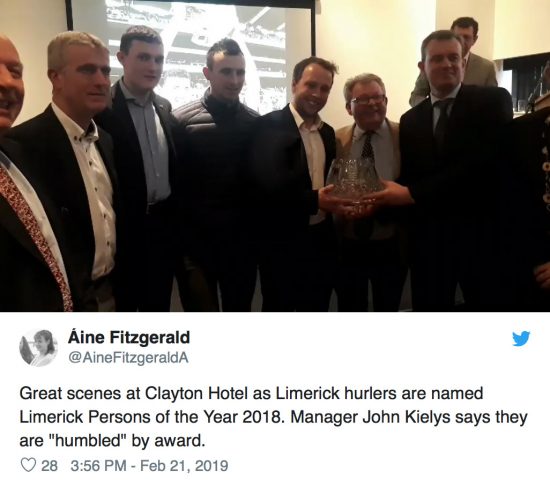 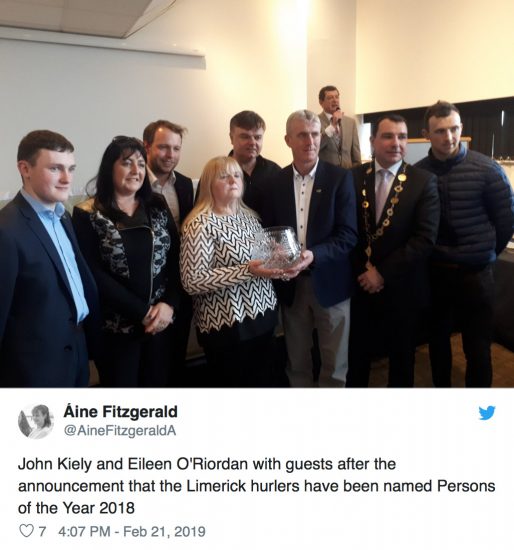 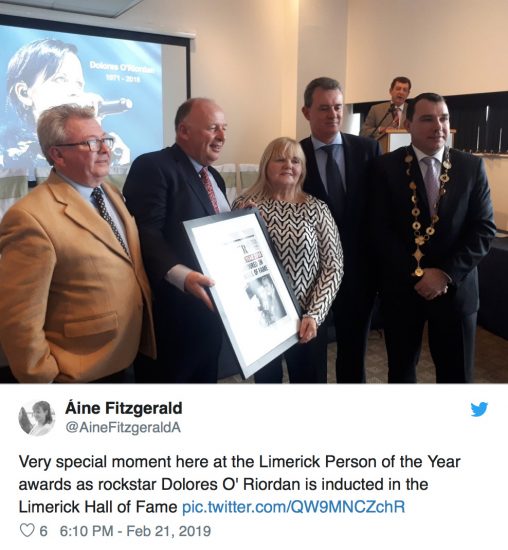 Special thanks to Elena Legaspi for the link!