You are here: Cran World » Other News » Dolores’ mother to feature on first Late Late Show of the season (2 UPDATES)

Media such as extra.ie announced earlier this week that Dolores’ mother, Eileen O’Riordan, will join TV host Ryan Tubridy on 3rd September for the first show of the new season of RTÉ One The Late Late Show.

The show, taking place three days ahead of Dolores’ 50th birthday, will also feature a musical tribute to Dolores.

One may imagine that Eileen’s interview will be an occasion to promote the release of the “Why Can’t We” book as well as the upcoming “Salvation” tribute album due on 1st October in aid of Pieta.

Eileen will also be joined by Fergal Lawler.

if you missed the show, replay available here.
Only 30 days left to watch! 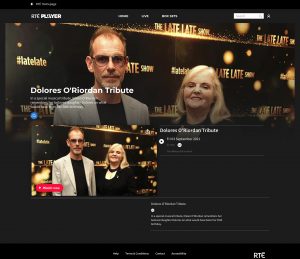 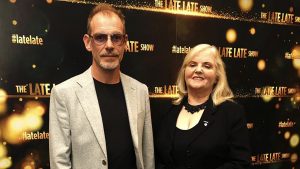