October 3, 2022  |  Comments Off on Dolores O’Riordan honored at the BMI Awards tonight  |  by Axl  |  Dolores O'Riordan, The Cranberries

Dolores was honored posthumously tonight at the BMI Awards in London with a Special Citation of Achievement award for Dreams (over 4 million broadcast performances attained). 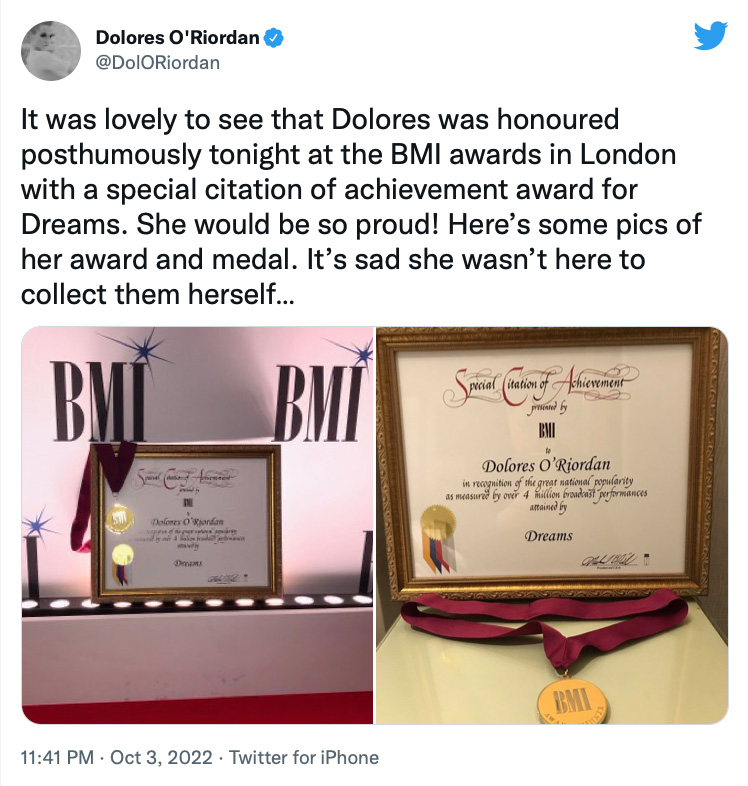 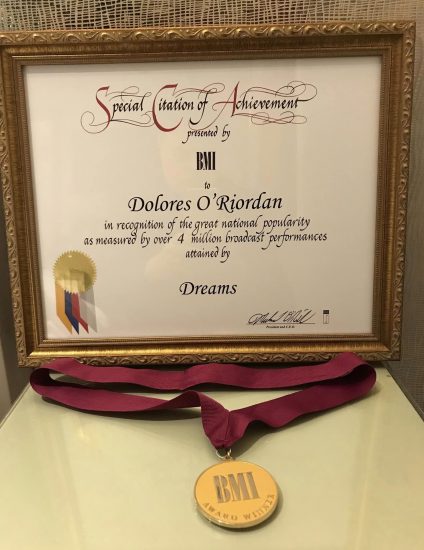 The BMI (Broadcast Music Inc.) London Awards is a music industry ceremony which honors the UK/European songwriters and publishers of the past year’s most-played BMI songs on American radio and television.

Remember 6 years ago, Noel Hogan was honored for Dreams as well; back then it was 3 million broadcast performances attained.