Andy Rourke may not play bass on Dolores’ upcoming album as Marco Mendoza seems to be back in the game. You might remember that he had started working with Dolores back in October 2013 on new tracks, which he said would not necessarily end up on a third solo album.

This time we trust this project is beginning to materialize as Dolores has been working in NYC for more than a month now. Mendoza mentioned on Facebook on Nov.4 that he was flying back from Miami (where his band The Dead Daisies was opening for KISS ) to NYC so as to join Dolores in studio. 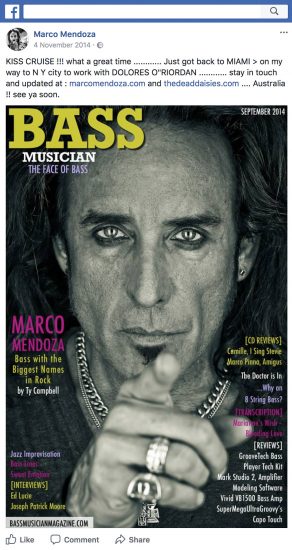 KISS CRUISE !!! what a great time ………… Just got back to MIAMI > on my way to N Y city to work with DOLORES O”RIORDAN ………… stay in touch and updated at : marcomendoza.com and thedeaddaisies.com …. Australia !! see ya soon.

and confirmed the information the day after, still on Facebook, even adding the name of the studio: “Electric Lady” 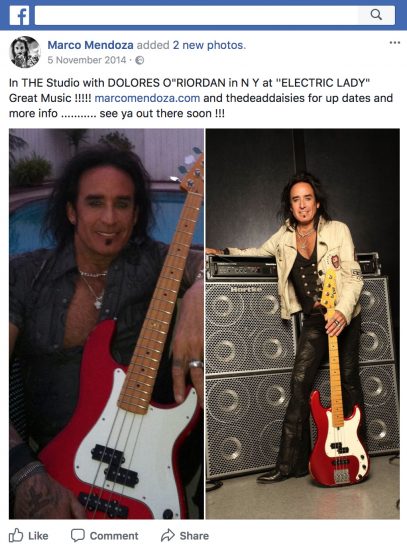 In THE Studio with DOLORES O”RIORDAN in N Y at ”ELECTRIC LADY”
Great Music !!!!! marcomendoza.com and thedeaddaisies for up dates and
more info ……….. see ya out there soon !!!

And today Katarina Benzova, who’s none other than Guns N’ Roses photographer as reported last week, posted on Tumblr a great new photo of the guys at Electric Lady Studios.
This is all getting quite exciting, isn’t it? 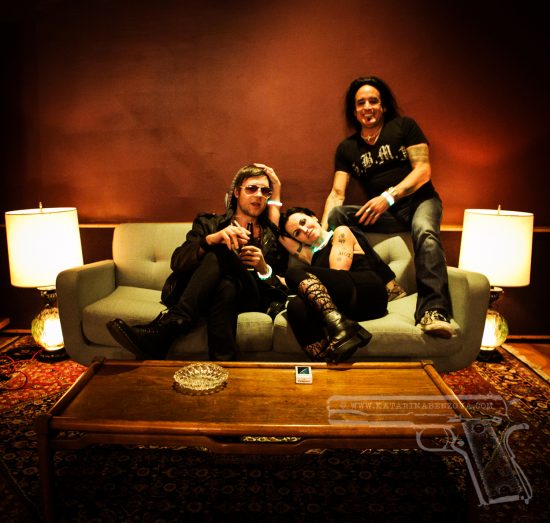 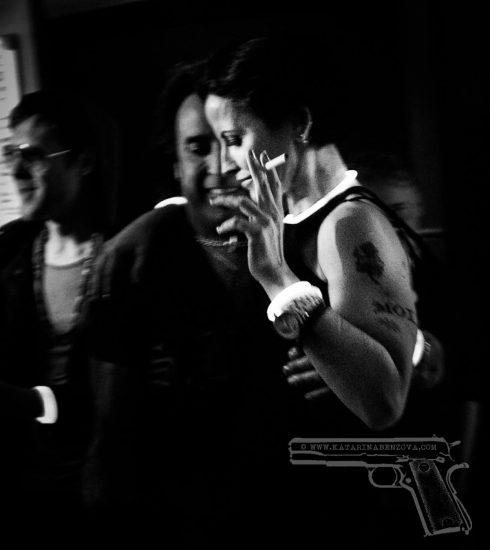 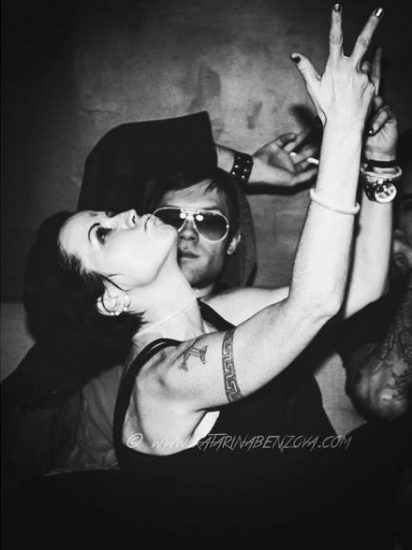